Each cell in the worksheet can be blank or have some content (text, number). It can also have its own formatting elements. The CELL function allows you to read the attributes of a cell, however it is not nearly as powerful as the old GET.CELL macro function. In the following text, you will learn how to read cell attributes.

The cell attribute is read using the CELL function, whose syntax is:

You can see the meaning of the codes in the following table:

That is, an example of using this feature can be seen in the picture: 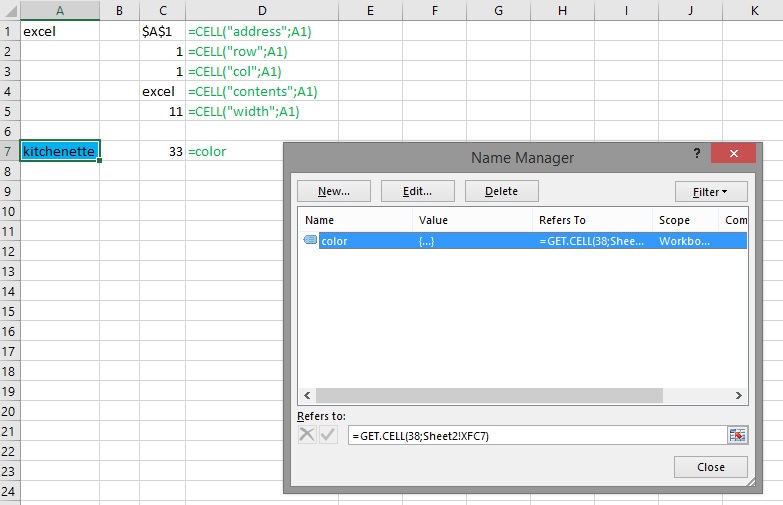 The GET.CELL macro function cannot be directly applied in a formula. To use it, you need to get into Name Manager (CTRL + F3), and create a new name, where we will enter the GET.CELL function as a reference, which has the same syntax as the CELL function It has many more parameters, is described in detail on Mr.Excel’s website, and you can access the text at the following link.