You are here: Home › VBE › Checking the logical condition

The syntax of this structure is:

Let’s start with showing the simplest way of applying the If-Then structure.

The result of this program is the message that the number is greater than 5. If we wanted to get the message, otherwise we would write the following code:

When we examine several conditions, it is possible to form the nested If-Then structure. 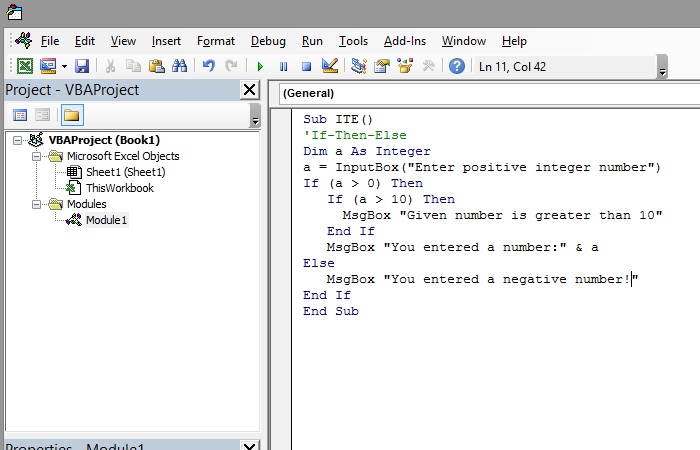